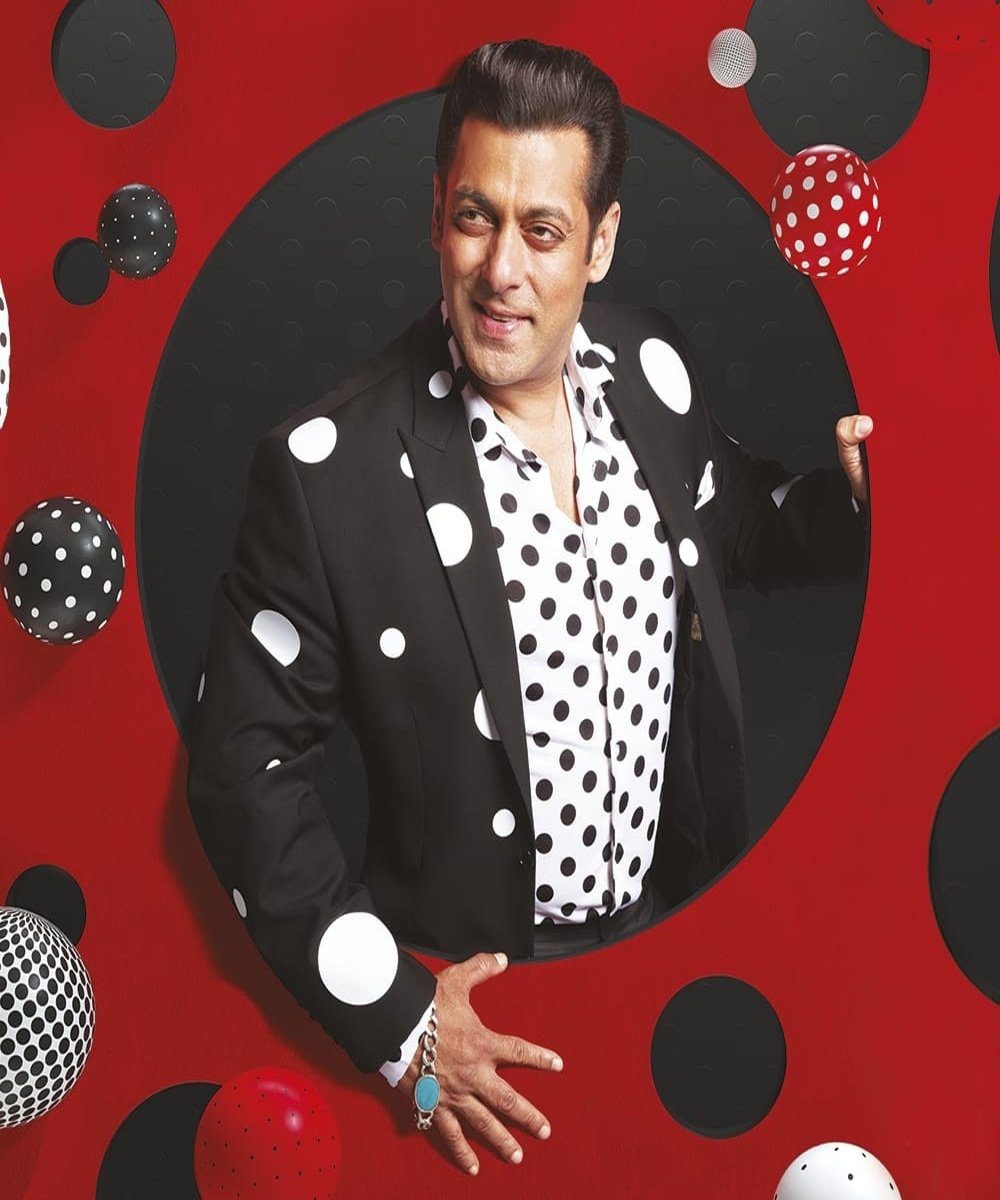 Salman Khan is a top rated Bollywood superstar who has made his debut in the Indian Film Industry with “Maine Pyar Kiya “. He also owns a Charitable Organisation known as ” Being Human ” which primarily focuses on health-care and education . Besides Acting he is also a very good painter and reportedly Aamir Khan has many of Salman’s paintings at his home .

He is very popular figure on Instagram and his total following is over 25 million. He has very good Television Realty Show Hosting Skills and has successfully hosted many series of Big Boss on Sony Television.

Salman Khan was born on December 27th , 1965 ( 54 Years old as of 2019) to a sunni muslim family in Indore.  He Currently resides in Mumbai, Maharashtra . His father name is Salim Khan who is a well-known Producer and Screenwriter , his mother’s name is Sushila Charak ( aka Salma Khan) and his step mother name is Helen. Salman Khan has two younger brothers i.e Sohail Khan and Arbaaz Khan ( boyfriend of Georgia Andriani ) and two younger sisters i.e Alvira and Arpita .  He has spent his childhood at Indore and Gwalior. He has studied in Scinidia School , Gwalior and St. Stanislaus High School, Bandra Mumbai. He has done his college from St. Xaviers College , Mumbai however he is a college drop-out.

Salman is currently the most Eligible Bachelor in india and is widely criticized for not marrying yet. Even at the age of 54 Salman looks very young and has proved that age is just a number . In Past he had relationships with Sangeeta Bijlani  , Somy Ali , Aishwarya Rai , Katrina Kaif And Faria Alam. He is rumored to be currently dating Iulia Vuntur

Salman has has made his debut in Maine Pyar Kiya as a lead actor and has won Best Male Debut for this in the year 1990 . He got bets supporting actor for “Kuch Kuch hota hai” in 1999.  He films , “Chillar party” has won best children film award in 2012 and “Bajrangi Bhaijaan” has won best wholesome Entertainment award in 2016 . Apart from this Salman has also received Rajiv Gandhi Award for outstanding Achievement in Entertainment in 2008.

He launched in home production company in the name of ” Salman Khan Films” in the year 2014 . SKF has released many successful films like Dr Cabbie,  Dabanng , Bajrangi Bhaijaan & Race 3 . Currently he is also producing ” Love Yatri ” casting his sister’s husband Ayush Sharma and  Warina Hussain .

Salman Khan achieved lots of success and fame in his Bollywood career however his personal life was marred by controversies and legal troubles. Few of the major controversies which got mass media attention are as under :-

Salman Khan current Net worth is believed to be over $300 million ( Rs. 2,160 Crores). He is one of the highest paid male actor and he charges around Rs. 60 Crores per film.