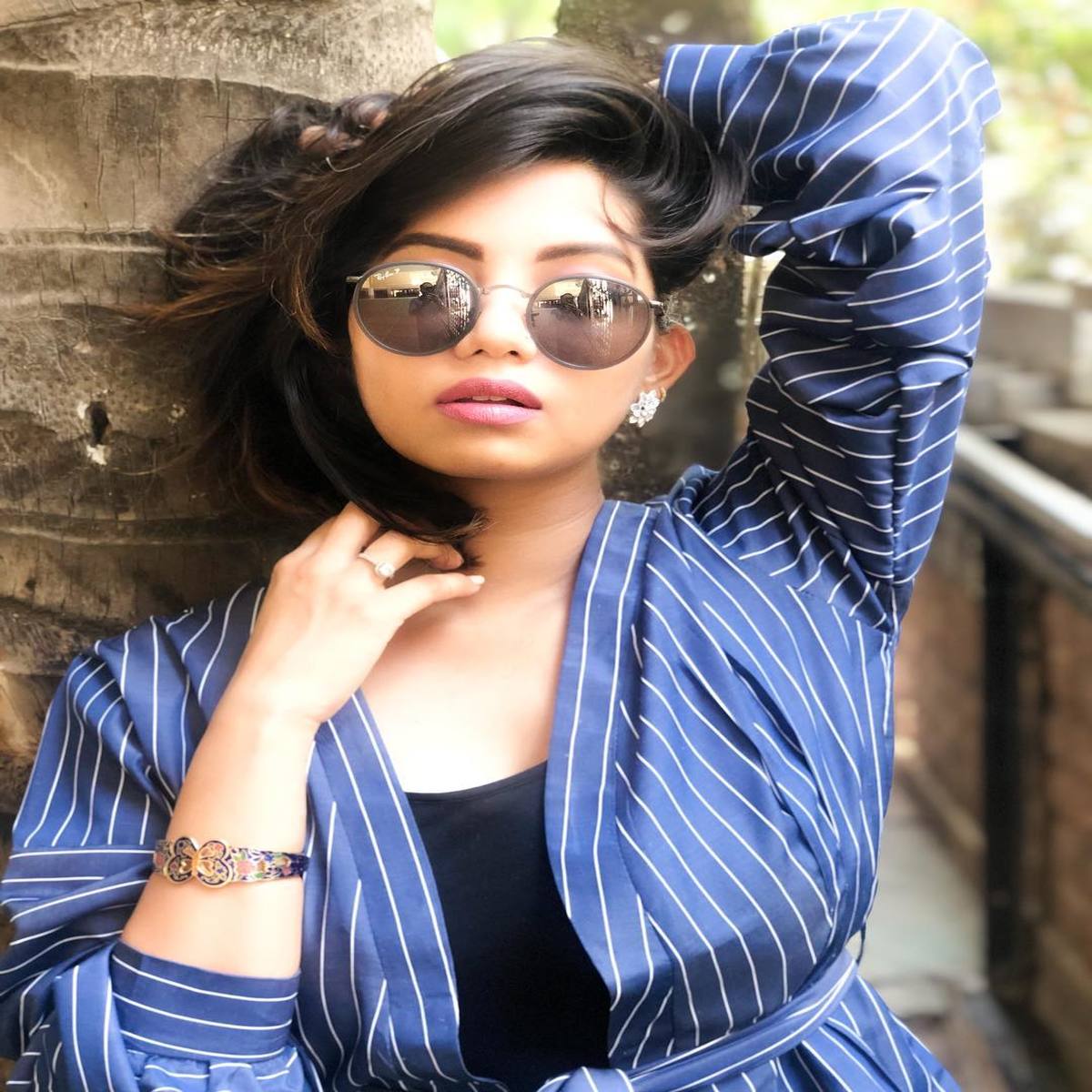 Disha Madan is an Indian musically star and Instagram sensation. She is popularly known for making funny dubmash videos, dancing skills, and lip syncing videos. Disha has accumulated over 700k followers on her official Instagram account. Dancer and a lip-syncing star who has showcased her multi skills on her crowned TikTok account. Her lip syncing videos, set to sounds by Charli XCX, Martin Tungevaag, and other celebrities, have earned her more than 2.8 million followers.
Contents
[hide]

Disha was born on March 9, 1992, in Bangalore, Karnataka, India. She comes from a family with a background in music and arts. So she was kind of bound to be artistic; so she was encouraged from the beginning to explore the art field. Her father’s name is Mr. Madan and her mother’s name is Ashwini Madan. She also has a younger brother.

Madan started to learn the Indian classical Bharatanatyam dance form at the age of three. Later on, she pursued her dance and to improvise, she attended Shivapriya Dance School in Bangalore. Then she was trained by Dr. Sanjay Shantaram who is a dancer, actor, and choreographer as well. Being associated with him Disha took part in “Karnataka Vaibhav” in Singapore in the year of 2010.

In 2012, Disha attended the Karnataka Chitra Kala Parishath in Bangalore. Then she has started the new venture called “The TipTap Movement”, the online dance tutorial page along with her best friend Puja. There she trained more than 30 students. Disha also trained her students for a flash mob and college fest.

Disha is a dog lover and has two cute Shih Tzus breed dogs named Sasha and Shiro. Both the dogs have an Instagram account. Followers and her fans are always intrigued about her unique tattoos.

Disha is married to her long-term boyfriend Shashank Vasuki Gopal in 2017. She shared their adorable pictures on her social media accounts. The couple shares a good bond and looks cute along with each other.

Disha is Instagram queen. Before TikTok became popular, she joined the social media world in November 2011 when she created her Twitter account, DishaMadan. In 2013, she took part in the dance reality show “Dance India Dance” season 4 in the mega audition which aired on Zee TV. She was praised by choreographer Muddasar Khan, Shruti Merchant and Feroz Khan who were the masters of that show. Disha was also praised by the grand master Mithun Chakraborty for her classical dance. But she wasn’t selected further.

Disha was apart of ETV dancing reality show “Dancing Star” that was premiered on 11 January 2014. She was the professional partner to the celebrity “Tsunami Kitty” and together they won the dance reality show. On the same year, she got a call from the Kannada TV serial titled “ KULBHADHU” and got the part of Vachana. She was one of the protagonists of the serial which aired on colors Kannada.

During her shoots, she got to know about the musically app and started posting funny videos and lip syncing videos which got her fame and popularity. Now she has become the third most famous Indian musically star after Aashika Bhatia and Heer Naik. Disha has 2.7 million followers on her musically account and 16.2 million hearts. Madan also is popular on her official Instagram account and has 579k followers there.

Disha Madan has a generous following on various social media platforms. Madan has used it to promote many products and brands such as Daniel Wellington watches by incorporating them into her videos and pictures. Recently, she has started a dance academy named “Dancecrop” in Bangalore, Karnataka, India. The academy organizes their own dance classes and variety of dance forms and also choreographs for wedding, sangeet and college fests etc.

Disha Madan is one of the highest paid Indian musically stars who charges approximately RS 3-5 Lakh per month. Her estimated net worth is RS 5 crore. She lives in her own house with husband in Hyderabad. The actress lives a luxurious lifestyle from her income and owns a blue ‘VW polo’ car.  All the details of her properties are not available at this moment.